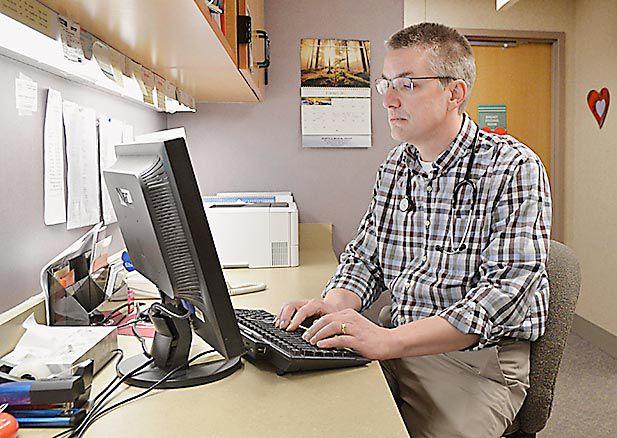 Norfolk Medical Group has been a fixture in the community since the early 1950s.

Started by Dr. George Salter and Dr. Benhard Farner, it’s consistently been one of the largest groups of physicians in Norfolk, with physicians specializing in family practice, general surgery, gastroenterology, pediatrics, internal medicine and orthopedics.

The organization has 12 physicians across these specialties, plus seven mid-level providers.

“It’s gradually increased in size,” said Dr. Leon Gebhardt, a pediatrician who has been with the group for 20 years.

Not only has the organization grown, but many of the physicians have stayed with the group long-term.

Gebhardt credited the closeness of physicians for the organization’s success.

“People really want to take care of patients. Patients come first,” he said. “Our staff and employees have been a huge part. ... It’s big enough to help serve the needs of the community, but it’s small enough that it still feels like family.”

It’s led to trust, which is important for physicians who might need patients covered when they are unavailable.

“You want to know that your partners are going to do a good job for your patients,” Blomenberg said.

That trust is evident in the pediatrics department — which also includes Dr. Erin Pierce. Gebhardt said part of the reason he joined Norfolk Medical Group was because Blomenberg also had done his residency at Riley Hospital for Children in Indianapolis.

“I knew he was going to do things similar to the way I do things,” Gebhardt said. “That makes things a lot simpler.”

Blomenberg said he thought Norfolk Medical Group was a good fit for the community.

That’s possibly helped the organization survive various transitions. For example, the Physicians Clinic — which is associated with the Methodist Health System in Omaha — became Norfolk Medical Group’s parent organization in 1995 because it couldn’t afford its overhead costs. That affiliation ended in 2005.

“He was instrumental in reorganizing the group at that time,” Blomenberg said. “Then you got Norfolk Medical Group as you know it today.”

Blomenberg said physicians appreciate the autonomy they have at Norfolk Medical Group to provide patient-centered care. Gebhardt added that he thought the community of Norfolk, not just the organization, was a draw for employees.

“Most of us are here for the community, not just the job,” Gebhardt said. “It’s a bunch of people that like being in Norfolk, I think.”

It’s all ultimately given Norfolk Medical Group a solid foundation throughout its history.

“It helps to build a house on a solid foundation. Same thing goes with health care,” Blomenberg said. “You know if you want to introduce a service, it’s always good to do it with quality people.”

We believe that health care is most effective when it is delivered in a respectful, compassionate, and culturally sensitive way. The Norfolk Medical Group is committed to providing such care.